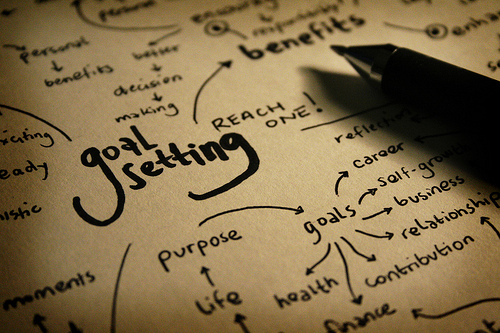 Being honest with myself, I think I missed the mark in 2017–and that’s OK! I had some pretty ambitious goals and I had a lot of goals. I stretched myself attempting to complete them, and learned a lot in the process. A lot of great things also happened as a result of the intention behind this set of goals, even though I didn’t even come close to hitting them all. There were some confounding factors like deciding to leave my job earlier than I thought I otherwise would (I had hoped to go to Paris through work, but those opportunities didn’t materialize, so I advanced my timeline), but even so I think I’m willing to admit that I bit off more than I could chew. I’ve learned that there are only so many things I can effectively focus on at once, that I should define my plans for goals in terms of sustainable habits rather than just one-off events, and that I could give myself a little more flexibility to adapt and improvise. All-in-all, I’d have to give myself a D+ this year. I’m not quite comfortable giving myself a passing grade, but quitting my job was a big deal and all the work I did conquering other fears definitely helped me get to that point. I’m taking my learnings into 2018 so I can keep improving the process as I go forward :)!

2017 was another interesting year for my goals. I can’t quite call it an equivocal success, but it certainly wasn’t a total failure, either. In the first half of the year, I accomplished a decent amount of what I had set out to do, and was looking reasonably on track to hit the majority of my goals with a little bit of extra effort. In the second half of the year, however, I shook everything up by quitting my job and starting to actively work on my broader fear of failure. Doing so has, inevitably, led to a bit of a slow down on the rest of my goals.

Interestingly, this is the second year in a row where, in the second half of the year, I’ve decided to take a major leap toward a larger goal that I hadn’t otherwise been planning to tackle in the current year. (2016’s leap being making an attempt at an Ironman triathlon many months earlier than expected.) In both cases, I took action because I recognized that my largest growth opportunity lied in a direction that perhaps didn’t completely align with my yearly goals. While I’m proud of both of these steps, I think that this trend is symptomatic of my goals not being focused enough, my motivations not being clear enough, or not having enough flexibility allowed by the set of goals I’ve chosen.

I also wonder if I really would have been able to complete everything on my goals list had I been more committed to doing so. Last year I argued that I probably would have. This time I’m actually not so certain.

Most of my goals are not things that are immediately achievable, so they require longer-term, consistent effort. For these goals (e.g. learning a language, speed reading, running a marathon), it’s less about big pushes and spurts of effort, and more about the little habits that slowly but surely push me toward where I want to go. Ultimately, my ability to create sustainable habits is integral to accomplishing these goals.

If I’m being totally honest with myself, I think in 2017 I struggled to create and maintain new habits in support of many of my goals. I’ve had success with new habits in the past, so I definitely know how to do this under certain conditions. Training for my first marathon, and later for an Ironman, for example, required that I build the habit of exercising 5 or 6 days out of the week.

So why did I struggle this time? I think one of the major factors here was focus. I had a lot of goals this year, and there were times when I think I probably threw too much at myself at once. Creating new habits isn’t too hard if I have just one or two to focus on, but I overwhelmed myself a little with the sheer number of habits I wanted or needed to create all at once. I think I might have been more successful if I had chosen a smaller number of things to focus on or if I had organized my goals into “phases,” giving myself a couple of new habits to focus on at a time until each had set. Willpower is finite.

Another factor was my environment and a failure to either change it or adapt to it. When I was working a full-time job, there would sometimes be busier periods where I wouldn’t have the time or mental bandwidth to keep up a habit, so my progress would be lost. Adding in a frequent coast-to-coast travel schedule also made it challenging to establish habits and routines without more thought or effort. Again, here I think focusing on one or two things at a time could have helped. I trained for my first marathon despite traveling coast-to-coast every week by running on treadmills in NYC hotels after work. I was able to make this happen through the establishment and prioritization of a single, very important habit. When the shit hits the fan, it’s much harder to do the same with 5 or 6 different things.

There are two other major factors differentiating some of my past successes from the goals I’ve been struggling more with: 1) a sense of consistent, measurable progress and 2) a plan which, when followed, provides relative surety of making it to the goal. When training for an Ironman or a marathon, it’s hard not to notice myself getting stronger each week as the workouts get harder or longer and I still manage to complete them. This feeling is exciting and motivating in and of itself. I’m also usually following a workout plan put together by someone else whose had experience with the event, allowing me to reasonably safely assume that if I can complete the workout each day, then I’m on track to actually complete the goal. I’ve found it harder to establish both of these conditions when working on a goal like learning a language, for example. Sure, sometimes I have a sense that I’m a bit more fluent, or can understand a little more, but this is nowhere near as measurable or granular as having completed a 10-mile run last week and 12-mile run this week. I’m also finding that plans for many of my non-fitness goals are much less cut and dried–at the end of the day 3 miles is 3 miles no matter how fast or slow you run it, but what’s the equivalent metric for language training?

Despite the struggle to establish habits, I did learn a few useful things to carry into the future. I was having only sporadic success with rejection challenges before I decided to crowdsource challenges from friends and publicly commit to doing one challenge a day for 30 days. From that experience, I was reminded how helpful it can be to get friends involved in goals–they can serve as both an accountability check and a support network. I was also reminded of how powerful it is to have a “streak” doing something. After 10 days of doing rejection challenges, the momentum was enough to keep me from quitting even as the challenges got increasingly uncomfortable.

All-in-all, I think my big takeaways from 2017 goals were to focus more on a few things at a time, to re-frame my goals in terms of sustainable habits I can create that will ultimately get me where I want to go, and to leave myself the flexibility beyond that to pivot when necessary–committing to the spirit behind a plan is sometimes more important than following the exact letter of the plan. I’ve incorporated these learnings into my strategy for 2018, where I have notably fewer different goal threads, and have left things a little bit more vague. There are still some strong themes for growth areas, and while there are a few key results I intend to hold myself accountable to, I was overall a lot less specific this year, hopefully giving me a little more space to adapt and improvise.