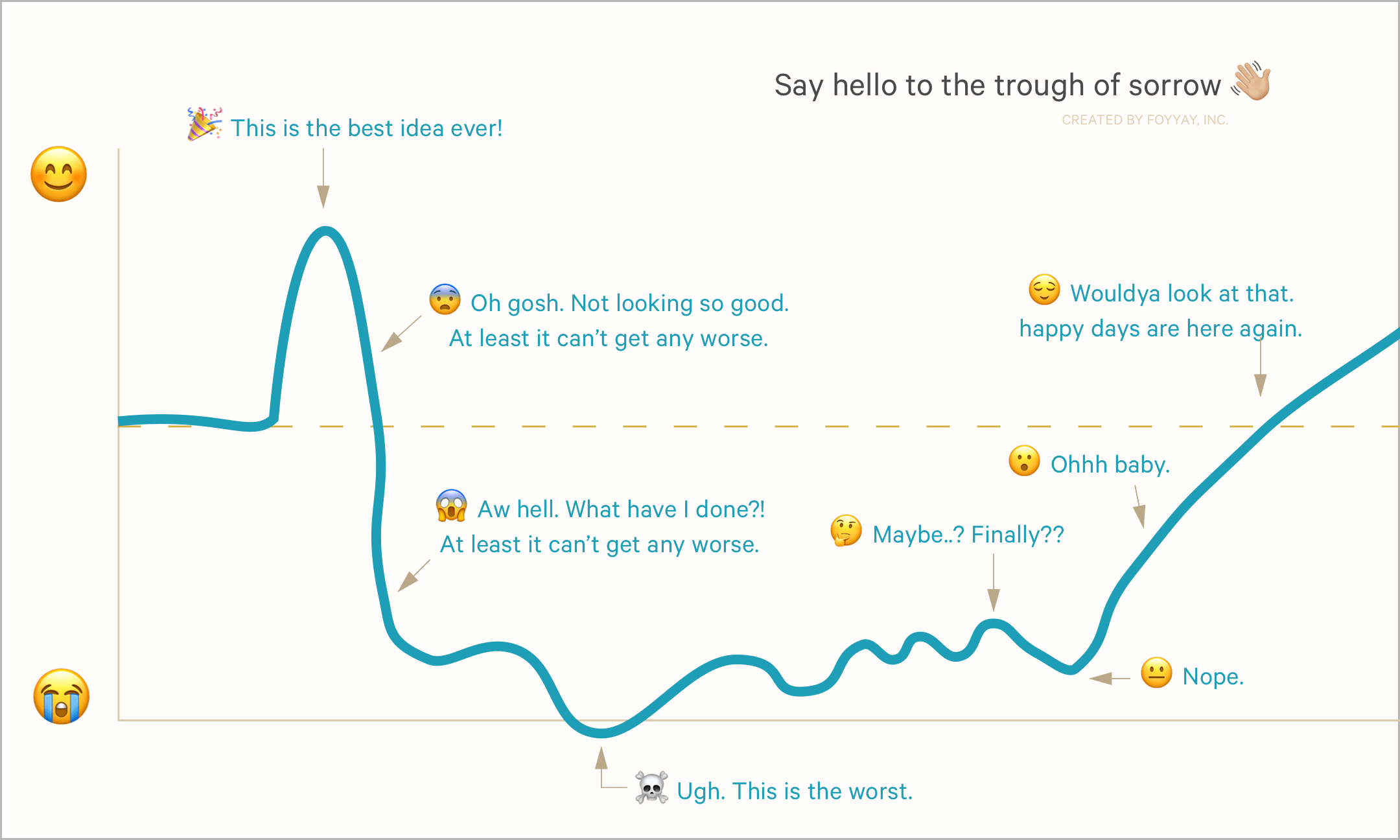 I definitely did not accomplish everything I set out to at the beginning of October. By itself, I’m not overly upset about that; sometimes when I set a goal, I don’t achieve it on the first try despite my best effort, and I’ve found that applying extra self-criticism and pressure to the process is usually counter-productive. I am, however, candidly disappointed with the level of effort I put in this month, and I’m honestly a bit ashamed to admit it publicly. There were definitely a couple of days in there where I literally made no progress on any of my projects. Sometimes I was just distracted, and despite my best efforts couldn’t seem to get myself to produce a tangible work product. Other times, I found myself actively avoiding the work and over indulging in things like video games and Netflix. I’m not trying to give the impression that I’m on my own case because I couldn’t get myself to work over a weekend and indulged instead–the days I lost were during the business week when I had otherwise promised myself I would get work done. In short: I failed to consistently self-motivate in October.

As I ordinarily consider myself an extremely self-disciplined individual, of all the problems I expected to have in self-employed life self-motivation didn’t even come close to making the top 10. Initially, I was shocked, confused, anxious, afraid, and stressed out by my seeming inability to self-motivate. I struggled to understand what was going on, and the more I felt myself spinning my wheels in the mud, the more my morale dropped. Not only did I feel like I was failing, I felt like I wasn’t trying, and like I didn’t even know how to try.

While there were many factors, the two root causes I identified were an unexpected manifestation of the fear of failure and a lack of optimization around flow (aka the feeling of being productive or “in the zone” which may naturally boost productivity and focus).

At this point in my journey, I sit squarely in what Paul Graham of Y Combinator refers to as the “trough of sorrow.” This is the emotional rollercoaster portion of the journey when much of the initial enthusiasm and novelty of being self-employed have naturally worn off, but it’s too early to tell if anything is going to work. In theory, somewhere in here is also where the majority of unsuccessful entrepreneurs give up, succumbing to the pressures of emotional inertia rather than learning, pivoting, and persevering.

While books like The 4-Hour Work Week and The $100 Startup (affiliate links) are great for building a vision of what’s possible, they present what can feel like an overly rosy and optimistic view of the journey, and they’re glaringly silent about the trough of sorrow. Ultimately, I feel the right takeaway from these books is simply “it’s easier and more possible than most people think.” While I strongly believe this statement, I came into the journey knowing that it would likely also be harder than I had come to believe, and was under no illusions that there may be a significant amount of luck involved.

In October, I launched my first set of advertising experiments and managed to net a whopping 0 email subscriptions for the product I described. Despite the product being poorly described and not having screenshots, I expected giving up an email address to be a relatively low form of investment and was a bit discouraged by these results. I also had a couple of blogs posts totally flop from a metrics perspective, underscoring that I haven’t yet found the audience I may be writing for. September’s income from affiliate links turned out to be a fluke, and I haven’t been able to reproduce that in any capacity. In fact, I made more money in October (an impressive $10) by helping a friend sell mail-order rubber chickens than everything else I did on my own combined. (Actually, you should check out the rubber chickens haha–they make great gag gifts! You can use the offer code CHIUBAKA at checkout for 15% off.)

Having seen a few indications that early experiments might fail, the scary reality of the trough of sorrow is that I’m beginning to have enough data to validate “it’s likely harder than I think” but still not enough data to prove “it’s likely easier than most people think.” Standing where I am now, I absolutely understand why this is the crucible that makes or breaks entrepreneurs. Learning to navigate the trough of sorrow is going to be an essential part of my growth if I’m ultimately to succeed.

However, since I’m still learning to swim here, my unexpected response to early failure indicators was to freeze up. I discovered that faced with the possibility, perhaps even the likelihood, of failure I would naturally rather make no progress than to fully realize a potentially failed outcome. Despite all the years I’ve spent building my self-discipline, my intense fear of failure can still outweigh it if I’m not self-aware and proactive about countering it.

Doing things that remind me of my own power, skill, and self-efficacy helps to chip away at a sense of despair, hopelessness, or paralyzing fear by putting me in a mode where I start to think about what’s possible rather than what’s not. The opposite is also true: doing things that I’m not as good at, or that I struggle with contributes to a constrained sense of what’s possible, and therefore a stronger sense of fear that projects will fail.

I’m realizing that flow is an important part of what separates the things that make me feel effective from the things that don’t. Because flow is good for my morale, it’s important to my long-term productivity that I organize my time in ways that promote it where possible. Unfortunately, the way I set my priorities and built my routine for October didn’t take flow into account, so not only was I hit by a paralyzing sense of fear, but I also mostly engaged in activities that made me feel like I was struggling rather than crushing it.

In large part, flow seems to be the result of conscious competency–engaging in activities I’m good at and know I’m good at like writing or coding. In October, I didn’t spend much time in flow. Pushing to post a new piece on my blog every week forced me to spend more time writing than my energy naturally allows (I usually have about two good hours of writing time in the morning before my energy dips and putting sentences together eloquently becomes less natural). Additionally, my push to test market forced me to spend much of my time writing marketing copy or doing visual design for marketing websites–both tasks I can do, and do reasonably well, but which I haven’t yet put in the sweat to learn to do quickly.

The theory behind why I spend my time this way seemed sound at the time: the strategy was to grow the blog and use it as a cross-marketing tool for software products. I’ve since learned that the blog is unlikely to be a viable short- or even medium-term play. Simultaneously, the strategy for determining which products to work on came from the advice of a mentor, John Vrionis of Lightspeed Venture Partners, to sell, design, and build in that order. I 100% believe that selling, designing, then building is the best way to systematically de-risk a business idea–building something takes a lot of time investment, while generating early signal about market viability can be really simple. Unfortunately, since much of my consciously competent skills specialize on the building stage, delaying building for as long as possible, while strategically sound in abstract, leaves me with fewer daily sources of flow.

What am I actually doing about all this? Firstly, I’ve de-prioritized my blog. Apologies to any avid readers out there who may have noticed the slowdown–I’m still planning to write about topics that interest me, but I’ll be doing so without a real posting schedule (the one exception to this is that there will be at least one monthly set of posts in the Escape Velocity series as I continuously reflect, analyze, and plan to make this all work). I’d love to get to a point where I actually do have something worth publishing every week, but I’m not going to force it at the expense of quality and sanity.

I’m also now actively searching for the right personal balance between selling, designing, and building. Though I know it’s dangerous, I’ve been increasingly biasing toward engineering time because getting something tangible done builds more forward momentum than struggling with the rest. Since I’m taking an approach to engineering that involves building a toolset that should make it easier to build subsequent projects, part of my hope is certainly to bring the time cost of prototyping a new product so low that the risk of building without selling first is minimized. I won’t be putting all of my eggs in that basket, however, as I do need to start building the other skills.

Hopefully the shift in strategy will allow me to pick up momentum to use against any future paralysis I encounter while walking the trough of sorrow. Just in case, though, I’ve also decided to get serious about systematically desensitizing myself to the fear of rejection (failure is, in a sense, a form of rejection). While I don’t expect all of the learnings from my November rejection challenges to map directly to beating back the fear that threatens to hold my productivity hostage, I do think making a habit out of facing my fear will better equip me to counteract it when it comes up.

Based on these reflections, my new priorities for November are:

Was October tough? Yeah, definitely. I have not, however, been beaten. I never asked for this to be easy. In fact, if I really thought this was going to be easy I’m not sure I’d have set out to do it in the first place. I may not always make predictable progress in the directions I want, but I am growing and learning from all of these experiences. I am facing my fears and insecurities on a daily basis. Sometimes they win, sometimes I win. No matter what happens, I am grateful for this opportunity to be in the ring rather than watching from the sidelines even if it means taking a few jabs to the ribs now and then.