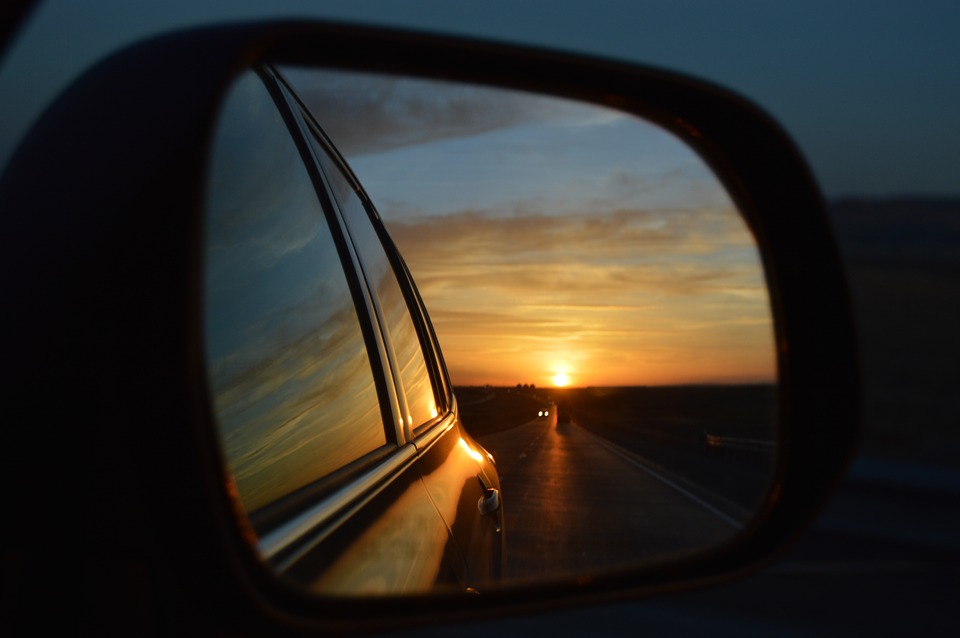 On January 1, 2016, I started a personal tradition of committing my New Year’s Resolutions and yearly goals to paper and sharing them for all to see. I’m continuing this practice in 2017 because the true commitment to those goals, the pressure from having incremental milestones, and the higher stakes from making them public really gave my year and my life a sense of direction and purpose I had never experienced before.

I used to spend exorbitant amounts of my free time doing things that felt meaningless and unproductive like binging on video games or TV. Where before I might find myself bored in my free time or searching for something to do, now I find myself energized to use nearly every free moment of my time to accomplish my goals. I’ve always known that professional growth is important, but I’ve learned that the growth I find in my own pursuits is just as important if not even more so. Where before I might have let myself throw my free time into work or school, now I find myself protecting that time aggressively, drawing boundaries that ultimately make me a better professional and a happier, more interesting, and more fulfilled person. I used to wonder when or how or if I’m going to get the life I want, but now I feel like I have the roadmap to get there, I just need to follow it and make a little progress every day.

The roadmap on its own, however, is just one part of the picture. The other part is a cycle of regular review, reflection, and introspection which helps me make sure that I’m holding the right map, that it’s not upside-down, and that I’m progressing down the path as quickly as I can. 6 months into last year, I conducted a mid year review where I forced myself to think about where I was doing well, where I needed to redouble my efforts, and what I had learned along the way. This post is meant to be the same thing for the end of 2016.

This year’s goals were somewhat eclipsed by the longer-term goal to complete an Ironman Triathlon, which I decided to accelerate in August and ultimately accomplished at the end of November. Unfortunately, doing this meant a conscious sacrifice of many of my other goals. Sacrificing everything else wasn’t an easy decision, but here’s why I did it:

If I’m completely honest with myself, I think there’s also an element to which I knew I was in a little bit of trouble for some of my other goals. My options were to either: a) push hard to complete them or b) push hard to complete an Ironman and feel justified in not completing the rest. Had I not chosen to compete in the Ironman, I think I would have reached about 80% completion on these goals. As it is, I reached 50-60% completion but also completed an Ironman. I don’t regret my choice.

In sharing my learnings, I use the second person because it’s convenient, but I know that it can come across as arrogant, condescending, or pedantic. I want to be clear: this is what works for me. Everyone works a little differently so I don’t presume that my learnings are universal. I have no interest in forcing my opinion or my way on others. I do, however, think some people will find these reflections helpful, so I encourage you to be honest with yourself, take what’s useful, and leave the rest. If you find my learnings helpful or interesting and want to talk about them or want advice on how to apply them to your own goals, please feel free to reach out!

I have come to believe that the most important part of thinking through my goals is articulating the “why” behind what I want to do. Sure, milestones and action plans are important and they make it look like you’re going to do something, even give you a framework and a set of deadlines for doing so, but none of these things by themselves will motivate you.

When I’m feeling down, or unmotivated, or tired the only thing I have found consistently remotivating is remembering why you set out to achieve something in the first place. Write it all down when you’re feeling fired up and excited about it. Read it again when you’ve forgotten how to feel that way. Your own words will inspire you to action.

Don’t Be Afraid to Change the Plan

I spent a lot of time thinking about how specifically I was going to achieve my goals in 2016. I broke it down into careful steps and milestones. I made sure everything was actionable and only dependent on my taking action. However, I’ve found that no matter how meticulous or thorough you thought you were at the outset, you cannot see the future. As you get into the work of actually making progress on your goals, you may discover that what you originally planned doesn’t work well for you, or that there’s a better way (in fact, it’s only a week into 2017 and I’ve already realized that some of my written milestones, approaches, and actions for this year’s goals need to be reworked). That is okay! Re-strategize as needed, and optimize for what works best for you.

When I get really into thinking about all of the things I want to do and how I’m going to do them, I get really fired up. Then I get impatient, then I push myself too hard, and then I burn out and make less progress in the long-term than I would have if I had just paced myself.

For example, in committing to learn French this year I know I impatiently want to be fluent in the language as fast as I can so I can move on to other languages. Because I’m impatient, I could commit myself to several hours of French study every day. However, in a few months things will change, work might be more busy, or other goals will start pulling my attention. If I feel like I need to keep up with several hours a day to be successful at French, I put myself in jeopardy of just not doing it at all because of the amount of energy it sounds like it will take. Alternatively, if I set myself a fairly easy daily goal like, say, 30-60 minutes of French every day, I can pace myself in a more sustainable way and avoid burn out or demotivation when other things in life start to pick up.

Resolve to Complete the Goal on Your Own, Welcome Friends Along for the Ride

When you want to work at something and you have friends who are working towards the same goals, it can be incredibly helpful and incredibly motivating. However, if I become dependent on the external motivation of my friends encouraging me or working toward a goal with me, on some level I put my ability to achieve that goal in their hands. If they’re not feeling like working out today, then maybe I won’t go, either.

Instead, of falling into this trap, I try to make sure that I’m working towards my goals for me (having a well-articulated “why” really helps here). Then I make sure that I’m doing what I think I need to do to get there, and I invite friends headed in the same direction to come along if they’d like, but I don’t stop the show if their motivation wanes. It’s sort of the difference between saying “I’m going biking with these friends weekend” and saying “I’m going biking this weekend. It would be awesome if these friends feel like coming, but I’m going with or without them.”

Don’t Beat Yourself Up When You Miss a Milestone

I’m generally pretty hard on myself, so I’m terrible at this one, but in the long-term I’ve never found it helpful to beat myself up for missing a milestone or missing a workout. Sure, it’s better if I don’t, but in the event that I do if I beat myself up over it it’s easier to completely lose momentum and I’m much more likely to just give up. Instead, better to forgive yourself for our past transgressions, realize that I can’t change the past, and then focus on getting today’s task done.

As a corollary to this, I’ve found that “making work up later” is also generally not a good idea. It’s really easy to get overwhelmed when I do this to myself as “punishment” because if, for example, I didn’t find 60 minutes for French yesterday, I’m twice as unlikely to find 120 minutes for French today. Because I don’t think I can make up yesterday, I might not even do today’s work because the perceived amount of mental expenditure is too high.

“I Don’t Have Time” Is a Terrible Excuse

I’m stealing this from somewhere else I can’t remember exactly where, but every time I think “I don’t have time” I like to replace those words with “It’s not important to me” and then see how I feel. Since we have a finite amount of time to spend on the things that are important to us, life is never-ending game of prioritization. If you’re not finding time to fit something into your life, it’s because, by definition, something else has been prioritized above it. And that’s okay–certain things really are more important than others. However, when I say “I don’t have time,” I find it much harder to be honest with myself about this. In fact, sometimes when I say “___ isn’t important to me” instead, I get back a statement that really doesn’t resonate with me. When that happens, I’m forced to re-examine and sometimes reshuffle my priorities, which is a good thing :).

Give Yourself a Break Every Once in a While

Everyone needs breaks to just do nothing once in awhile. It’s not worth beating yourself up over it, and often taking a break from something leaves you feeling more refreshed and able to do get things done in the long-term. Better to acknowledge that breaks are a good and necessary thing and just build them into your schedule!